The following is the starting of the draft to re-write clarifying what you sent to me.  Remember, whenever writing to others the content must be briefly with no redundancy and answer the adjectives and adverbs questions of what, when, how much, where, why, how many, and who!

Born in Gary, Indiana, I have always been around athletics and have always wanted to learn enough so I could teach and help others.  My father was a Major League Baseball prospect until he decided to start a highly successful construction company.  My mother was a successful singer.  So, I was raised by a family with great potential.  In the late 1980’s, my mother married a man from South Bend, IN, whom I found in my later years to be a Certified Master in the art of Southern Shaolin Kung-Fu and who received his certification under a legendary Grandmaster in Chinatown, Los Angeles.  At the time, he worked as a college professor and taught some selected students while I was involved in successful school sports such as Wrestling, Track, and Football.  So, we didn’t have time to work out.  But, I used to read my stepfather’s books and play with his weapons (for which he didn’t know I was doing), watch Bruce Lee who he knew, and watch the TV series ‘Kung-Fu’ which had his Kung-Fu teacher as one of the Monks playing in the series.  Sometimes he would take me to the studio and let me follow his training from the backrow of the class.  This was the start of my journey towards learning Martial Arts.  In the early 2000, after moving into the Indianapolis, IN, area in 1994 while attending college thinking that my journey in life was going great until, again, my parents separated, and I was again without a male image and mentor.  To regain my Martial Arts status for helping others using all of my experiences, I moved to the Washington, DC, area and started my ‘Art’ which consists of ____***pg2 this space was left open by M. Armstrong to be filled in by S. Williams***_____ for teaching youth the critical and the important things in life to succeed within your community.

The blank area allows for an open-ended approach.  My program will simply “Do what it takes” to save our children.  Also, my step father had no knowledge that I attended Korea Taekwondo Academy from the ages of 18 to 23.  Then pursued other arts.  I will allow my program to evolve.  I call it TAE QI GONG.  Combining Taekwondo and Qi Gong along with all the experience I have studying other art forms.  30+ years of Martial Arts Study and Training.  To take a humble stance in my position I refused to be called Master Sam.  I wanted to be like my Step Father as he stated that no Man can be another Man’s Master.  He humbly ordains the name of “Sifu”.  Therefore, I named myself “Sifu Sam”.  I felt I could honor him by taking the name "Sifu" opposed to "Sabanim" which means "Master".  Having founded a new program there was a lot of controversy surrounding my announcement as "Sifu Sam".  But through it all we have prevailed.  Now without barriers we fight to save our country using “MOTIVATIONAL ARTS”.


Martial arts have been a part of my life since the age of seven, when I first became intrigued in the arts.  Growing up watching the series Kung Fu and Saturday morning Action with Bruce Lee, what an inspiration.  And after seeing the brothers at the local center teaching I knew then I would be a future student.  After a divorce by my parents that seemed to shake up my world I was introduced to my step father I had no idea who this man was.  Sifu Melvin Armstrong (Dad) had been in the martial arts since 1954. He received his master instructors certificate and Black Sash from Grandmaster Ark Yuey Wong of Chinatown, L.A.  Grandmaster Wong was also the main advisor for the tv series Kung Fu.   I then began secretly training with all of his weapons readily available in the basement of our home.  I also was taken to classes at Just for Kicks (South Bend, IN) where Sifu Armstrong instructed one of his most beloved students John Young. I watched from the sidelines.  During classes I practiced alone watching the detailed movements.  Observation of the art caused me to internalize his teaching.  I used the skills I learned to support a great career in sports, a Wrestling, Track and Football. I was separated from him at the age of 19.  However, after reconnecting to my father and master, Daddy. (Sifu Melvin Armstrong)

I began to discover that the skills I had was just untapped potential to teach others.  I explained to him how I trained without him for the past ten years. He was elated at my progress. And so was I.


At 19 I sought out further instruction, by enrolling in the Korea Taekwondo Academy (Indianapolis, IN) with my younger brother Bryan Lee. I was awarded a Black Belt in Taekwondo.  I met another very influential person in Donald Cottee.

As Head Instructor and 6th Degree Black Belt, Donald Cottee brings 30 years of his competitive experience and instruction to KTA students six days a week. Under the direction of Grand Master Yoon, Master Cottee has not only achieved great success as an instructor, he has also found that same success as a national and state competitor. http://ktanw.com/

Master Cottee has trained several experienced Black Belt instructors, who give students the individual attention they need. And he also provides special classes just for instructors and Black Belts to ensure that instruction is consistent and top-notch! Master Cottee was an awesome coach during my participation in Olympic Style TKD.  I received many medals and trophies during that time, due to my experience and great mentors.


After witnessing marvelous examples of great men, I have developed the same aspiration to help others through Motivational Arts.

Motivational Arts is a hybrid art system based on Shaolin Kung Fu, Taekwondo, Hapkido, Tai Chi, Jeet Kune Do, Wrestling, Aikido, and Boxing.  However, my instruction is not limited to martial art instruction only.  Motivational Arts is focused on the advancement of the student as a whole Mind, Body, and Spirit. It is also encouraged that our student pursue study in a musical instrument of their choice.  Music is the key to meditation.  The sound of music soothes the mind from the stress of everyday life.

Having over 30 years of exposure and experience in the martial arts I have decided to devote myself to the youth. I am also the Director of “Do It For The Kids” www.diftk.org and www.text4help.org.  I have promised to help my country and provide instruction to those who are unable to afford the high prices of the average Dojo or school.

I provide an intense regime of meditation and physical fitness that will empower the student mentally as well.  In this age of turmoil, it is important that one maintains strength within one's self so that one can cope with obstacles and difficulties in life more successfully.  I sincerely hope that Motivational Arts will serve as an important influence, where the student will learn the virtues of the martial arts that include self-discipline, respect, concentration and competition.  Motivational Arts is constantly directed toward the attainment of inner peace and tranquility within one's self, which will help us to develop harmony and peace in the community. 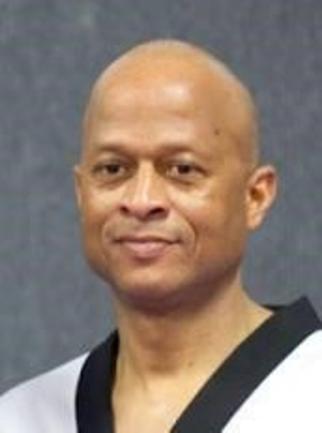 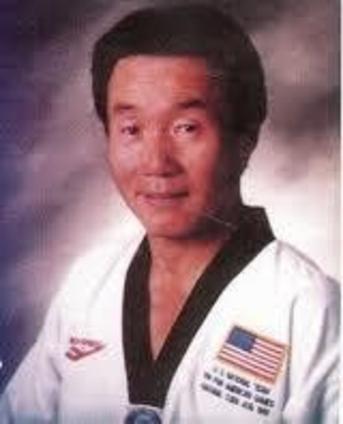 "I love you Dad" "What you did for me I will never forget." "I wish we had time to train together"- Sammie 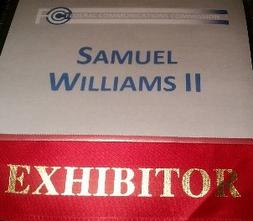 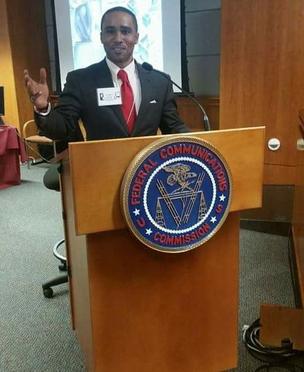 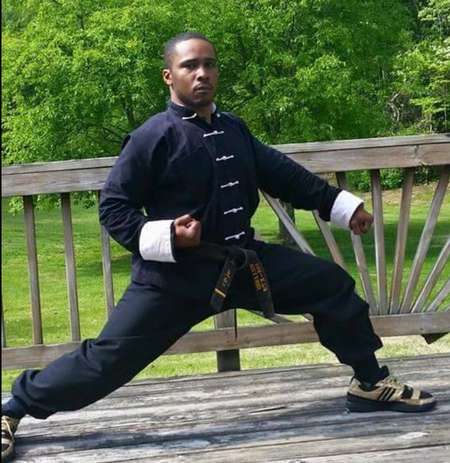 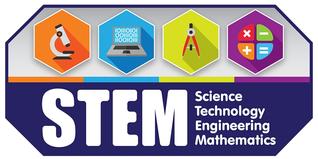 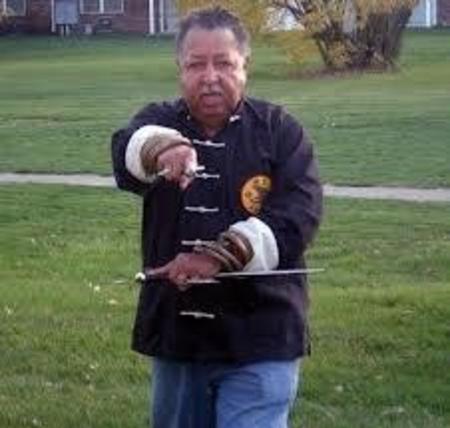 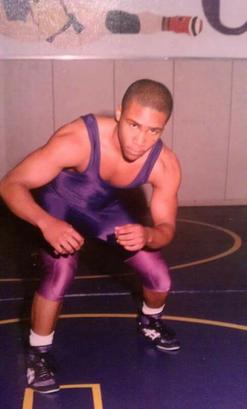 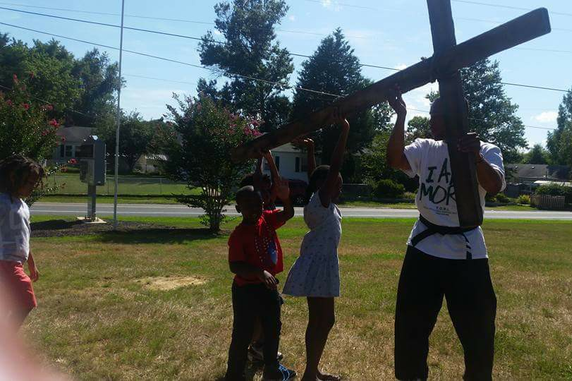 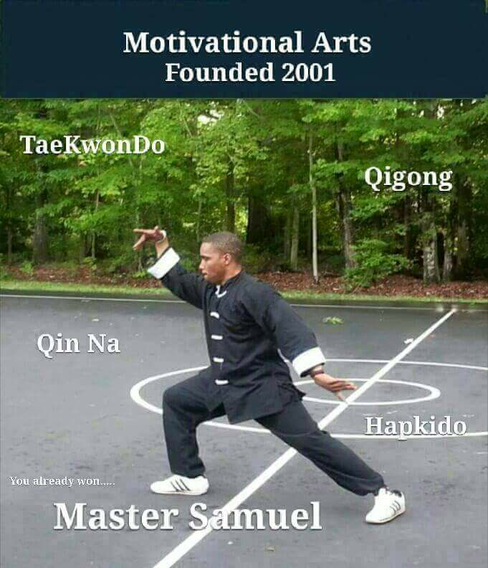 Sam Williams II, an certified IT consultant (AllWorldComm.com) and Motivational Arts instructor specializing in Meditation, Breathing and Pressure Points.  Sam was under the supervision of a College IT Professor and expert in Chinese Medicine that has helped mold his career and life at the age of 10.  Even attending a few classes at Notre Dame as a child.  A perk that came with living with the professor.  These unique experiences have given Sam the opportunity to escape the evils of society.   Sam is a very professional person who seems to find a solution to any problem presented to him.  As the founder of Motivational Arts in 2001 he has provided a way for personal growth and exercise to be combined in a program adjacent to each other.  Sam spends every given moment of the day on learning a new subject or meditating on that concept.  And as a writer he has begun to put into words his comedic feelings and view point of the inner city youth, and plans to support the community with all his skills to achieve global endeavors.

Sam interacts with hundreds of people around the world every year via web conferences, meetings, partner retreats, IT Expos, proposal presentations and training sessions.  He speaks and writes all throughout the Nation as a community activist.  In high demand as a speaker, personal trainer and mentor, Sam supports professionals seeking to lose weight, learn modern self-defense, or guide them through a successful sales campaign strategy.  No matter the task Sam energetically and creatively engages all that is willing in discussion, using proven communication processes to navigate through the challenges of any business or situation a person may face.  He is viewed as top consultant in his profession and in essence a real, “Chameleon”.

Sam has been regularly recognized as one of the major influencers of modern consulting and has been honored by Your Practical IT Solutions as the Most Valuable Consultant of the Year 2014.